Scientific criticism of psychology research is good. Bullying is bad. Between these two truisms lie a world of cases and a sea of disagreement. Look at the different perspectives described and shown in Susan Dominus’ article on Amy Cuddy, and Daniel Engber’s take, and Simine Vazire’s, and Andrew Gelman’s.

Talking about a “tone problem,” as in previous years, hasn’t worked. Worrying vaguely about overall tone seems petty. Everyone justifies their own approach. Few are repenting. The question needs to be sharpened: why do critics say things that seem reasonable to them, and unacceptably personal to some audiences?

In principle, it’s easy to insist on avoiding the ad hominem: “tackle the ball, not the player.” In practice, scientific criticism and testing have many reasons to veer into gray areas that leave the referees confused about where the ball ends and the foot begins. Here are some of them.

1. Who to critique? I see triage, you see resentment.

Asking for data, replicating studies–these are time-consuming activities. Checking everyone’s research is impossible. There are far more people producing than critiquing research. Since the start of the movement there has been a quest, backstage and quiet, to come up with rules governing whom to train the telescope on. Until this quest returns an answer, choices are going to be subjective, ill-defined, seemingly unfair.

Criticism is going to focus on results that are highly publicized. One, because they come to mind easily. Two, because the critic sees a special duty to make sure high-profile results are justified. But to the criticized, this focus can seem unfair, maybe even motivated by resentment of their success (or Nietzsche’s ressentiment). Naturally, it’s unlikely that a critic who investigates only high-profile results will have the same level of recognition as the results’ authors. 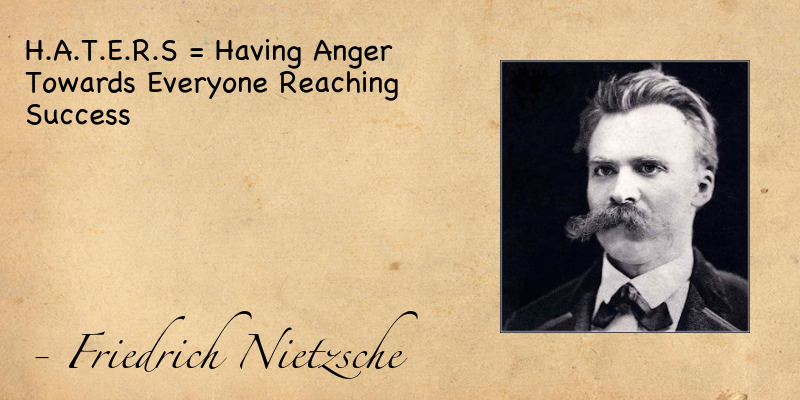 Criticism is also going to focus on results that are surprising and implausible. Indeed, 5-15 years ago, there was considerable overlap between being high-profile and being surprising. “Big behavioral results from small input tweaks” was a formula for success in journals that prized novelty. Whether or not you think it’s fair to go after those examples might relate to what you think of the prior probability that a hypothesis is true. That probability, by definition, is lower the more implausible the effect is.

2. Are your results your career? Maybe they shouldn’t be, but they are.

In addressing bad incentives in science, I sometimes hear that the success of a scientist’s career should not depend on whether their research gives hypothesis-confirming results. But this has never been the case in science and is unlikely ever to be. If a scientist has a wrong idea that is later shot down by more evidence, their stature is diminished. After all, if being right is not important to the personal reputation of a scientist, what incentive is there to be right?

Let’s not be naive. Science careers have been increasingly precarious and competitive, making it hard for a scientist to “merely live” with null or nullified results. Tenure, grant and hiring standards at the highest levels make it necessary for a scientist to be personally identified with a substantial, positive, and influential line of research. Criticism that leads to doubt about published work is a career threat, like it or not. Under these conditions, the scientific is inherently personal.

3. What to do in the face of impunity?

When impersonal, procedural justice fails to deliver results, there is a strong pull to deliver personal, frontier justice. Now when it comes to scientific error in psychology, or worse yet misconduct, who exactly is the law? Universities are often vested in maintaining the reputations of their good grant-getters (but, as with free speech issues, happy to throw temporary faculty under the bus.) Not all researchers belong to professional organizations that enforce an ethics code. Funders take some interest in research misconduct, but not all research is funded. Journal editors have leverage with retractions, corrections, and expressions of concern, but this is itself a form of sheriff law, with very different results depending on the editor’s opinion, and very few investigative powers on its own.

Having to rely on sheriff law, mob law, or vigilante law, frankly sucks. There’s very little stopping this kind of justice from being capricious, unaccountable, unjust. Batman, Dirty Harry and the Bad Lieutenant are all in the same game. Historically, sociologically, what makes this kind of justice go away is the establishment of reliable, accountable institutions that police integrity. Institutions that are empowered not just to find smoking guns pointing to misconduct, but to close a raftload of loopholes that allow evidence to be concealed or destroyed with impunity.

Until that happens, justice is stuck in the Middle Ages, with judicial duels involving vested persons rather than impartial institutions. With nobody responsible for bringing clear charges, accusations confuse sloppiness, overstatement, and outright fraud, just as Batman punishes serial killers and truant kids alike. Even posse members get the blues about this, sometimes.

If criticism in today’s science, for all these reasons, is going to have personal resonance, the rule “avoid anything that seems like a personal attack” is not going to cut it.

(I know some of you think it is wrong to put any community standards on what can be said. This discussion is not for you, and we are all now free to call you someone who really gets off on being an asshole. Shh! Don’t complain.)

3 thoughts on “Scientific Criticism: Personal by Nature, Civil by Choice”